What is Dungeons & Dragons?

Dungeons and Dragons (D&D) isn’t your typical game that you win. D&D at its core is a narrative driven game where the Dungeon Master (DM) facilitates the game and works with the Players to tell an engaging story that is told through the use of dice, combat, roleplaying and the DM’s narration.

How do you play?

This part is farely easy to oversimplify. Every one is playing make-believe with one key difference, D&D gives players dice to determine consequences and outcomes of players actions. Whenever a player wishes for their character to do something, they declare it and the DM functions like a referee, determining what they need to roll to succeed. It is up to the DM to describe how the world around the Players reacts to their actions and to describe what the Players see in the world around them.

How do you create a character?

The most daunting yet exciting part of D&D is building a character. Something that is unique and special to you the player. Think of your character as an avatar if yourself in the world of make-believe. The first step to create a character is to imagine the character in your head; Who are they? What race are they? What Class are they? What is their backstory? What kind of personality do they have? When you know the answer to all these questions, its simply a matter of choosing the right game-statistics to build this character.

Need an introduction to what Dungeons and Dragons is? Look no further:

RUN YOUR GAME AT EPIC! 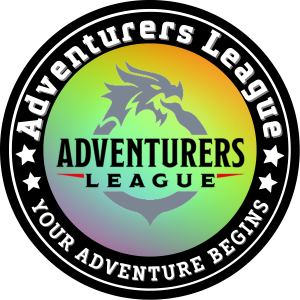 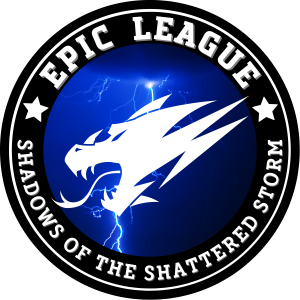 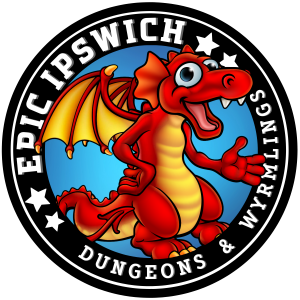 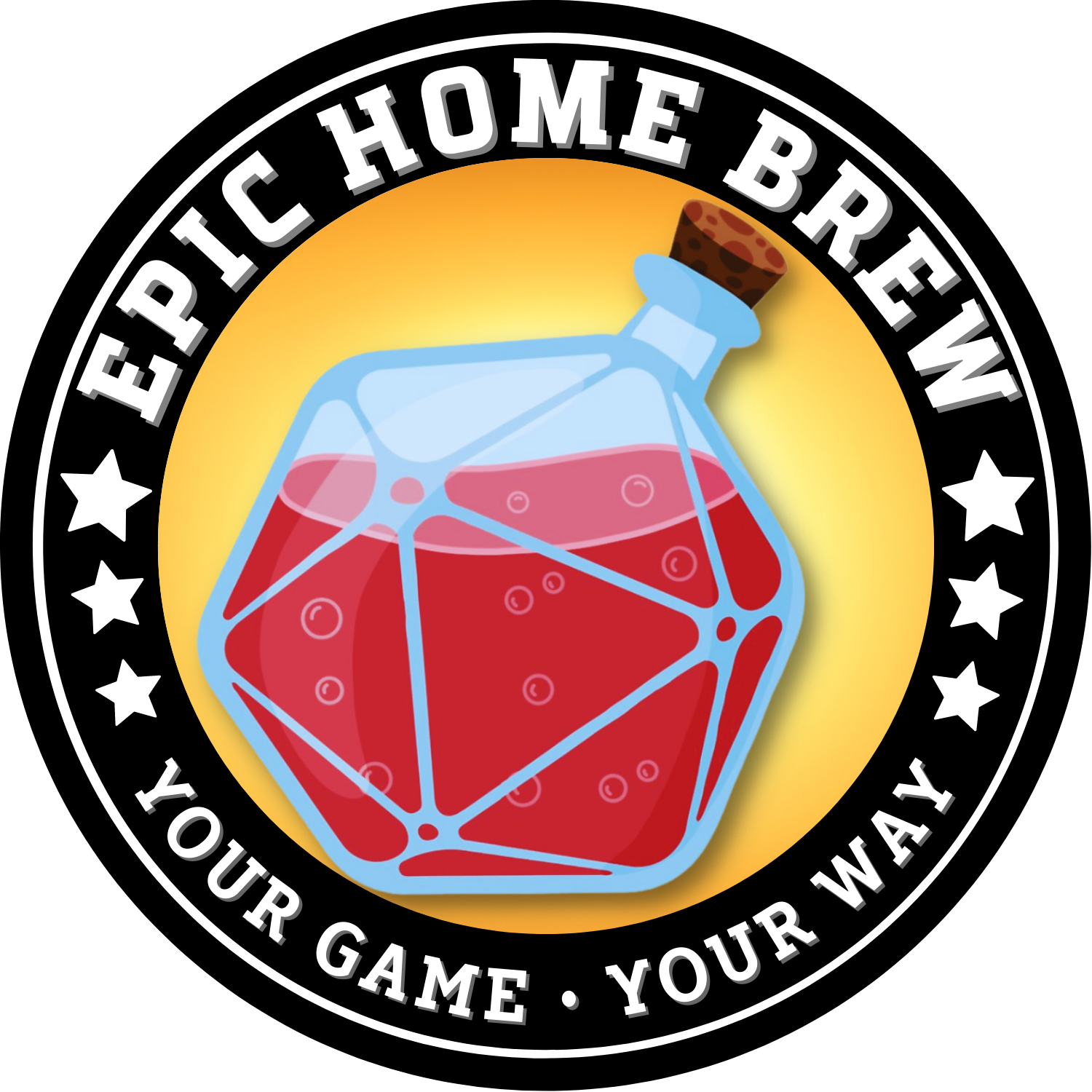 Want to create a character and join Adventurers League? It’s very simple, using the the ‘Player’s Handbook’, simply create a character and come in early to your first session to get the DM’s help to adjust your character (or get help creating your first character). You will also need your own character logsheet, this is to track your progress and loot on your weekly games. A copy may be given to you upon request at your AL game, alternatively you may get your own by clicking here: Adventurers League Character Logsheet

“As a Dungeon Master, you have the opportunity to weave a fantastic shared story for your players, as well as take the spotlight as the monsters and villains presented in D&D Adventurers League adventure content. You are also responsible for adjudicating the rules, and providing your players with their characters’ experience points and rewards at the end of each session.” – Wizards of the Coast, 2022

When is Adventurers League?

EPIC Ipswich facilitates the Ipswich Adventurers League at its venue on Monday’s.

Play classic 5th edition dungeons and dragons without any homebrew.

Play in tiers with the current season (and historic) adventurers league modules. Volunteer to DM or play with like-minded Players.

EPIC League (EL) is a yet another form of organised play for Dungeons & Dragons… with a twist: Each table is a different town and adventuring party in the same world! This means actions and choices you make affect other tables around you!

The story and adventures take place in the Demi Plane of Thoroz – outside the Forgotten Realms, Eberron, Tal’Dorei or any other established D&D universe, though adventurers may originate from any of these universes.

Adventurers and other brave souls are dragged through the veil by some unknown power and now must struggle to survive the harsh unforgiving landscape that is Thoroz. The world is inspired by prehistoric Australia, dark fantasy, and the Dread Domains of Dungeons and Dragons (featured in ‘Curse of Strahd’ and ‘Van Richten’s Guide to Ravenloft’). One of the main storytelling elements employed in this season of EPIC League is the mystery of the unknown, so it would be a major spoiler to reveal any more details here…

Want to create a character and join EPIC League? Characters can be created from nearly any combination of published 5e materials using standard array and or point buy from the Player’s Handbook. For a more comprehensive guide to Player Rules in EPIC League, either come early to a game on Wednesday’s or download the attached Players Rules.

DM’s are highly sort after to meet the demand of Players we recieve on a Wednesday night. To become a DM the EPIC League organiser will need to debrief you on part of the world lore and some of the League Rules.

The easiest way to enquire about becoming a DM is to Contact EPIC, joining EPICs Discord or simply by enquiring on Wednesdays after your League Game.

Play in a storewide Dungeons and Dragons campaign, where your decisions can impact other tables!

EPIC league is a Dungeons and Dragons campaign of an epic scope. This is your normal D&D campaign with a catch. There are multiple tables each set in the same world, your actions directly effect other tables and the world at large, each week you may also switch tables or change table mid session to another table.

How does it work? All the Dungeon Masters brief at the end of the session so theyre all on the same page and plan out each tables next sessions.

For D&D with a twist, you cannot miss this awesome campaign!

Have your kids seen Dungeons and Dragons popping up more and more on Films and TV shows? Or Maybe they’ve seen it booming into popular culture through their friends or on the shelves of toy stores?

Dungeons & Wyrmlings is the best starting point to introduce them to Dungeons and Dragons.

Held in store on Saturdays from 1:30 – 4:00PM, join them as they learn from experienced DMs or join tables with kids of their age group already running games on their own.

Dungeons and Wyrmlings is a safe place for them to learn and explore the game. Parents are free to ask any questions about the game with DMs and may even learn (or relearn) how to play a timeless game.

If your kid wants to play ‘Dungeons and Dragons’ and you yourself know nothing of the game, bring them to Dungeons and Wyrmlings and we will take care of the rest.

Want to learn how to play too? No problem, learn to play alongside your child.

This event is a great starting point for any family wanting to learn how to play D&D.

HOST YOUR D&D GAME AT EPIC!

Its simple and easy – come in and use the space any time we are open.

BOOK NOW to guarantee a tablespace; you may even book games outside or store operating hours! Contact us with an enquiry today! 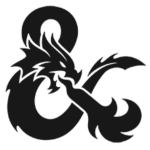