Warhammer is a tabletop stratergy wargame where you, the player, command armies of various races. The game relies on the player to collect a force of miniature plastic models (miniatures) to enact war on rival players. Each model and warhammer miniature has different statistics and abilities that may be used in game. Each miniature also has a certain point value, this is to ensure that players armies are balanced against each other, by restricting the number of points a player may have in their army.

Unlike other tabletop games that use miniatures, Warhammer differs by allowing their players to freely move their miniatures set distances using rulers. Once a miniature has moved it may resolve its turn by shooting or melee attacks using dice rolls.

What is the difference between 40,000 and Age of sigma?

Warhammer was originally it’s own game before growing in popularity. Warhammer relied on light fantasy and stratergy to move legions at a time. Warhammer 40,000 (Warhammer 40k) was conceived as a science fiction spin-off, focusing on conflicts between Space Marines and aliens, using giant Mechs to resolve conflict and aid in their wars. Warhammer (then named Warhammer Fantasy) evolved into the High Fantasy version known today as Warhammer Age of Sigma. This version of Warhammer uses spells, medieval weapons, and features elves and goblins instead of aliens and guns.

The ‘Ipswich Tabletop Association’ host their monthly Warhammer Tournament. Primary format for these tournaments is a Warhammer 40k tournament, 1600 point army. With occasional variations and Age of Sigma Tournaments too.

A painted army is not required to attend and miniatures do not have to come from Games Workshop directly (3D printed minis and kitbashes allowed). 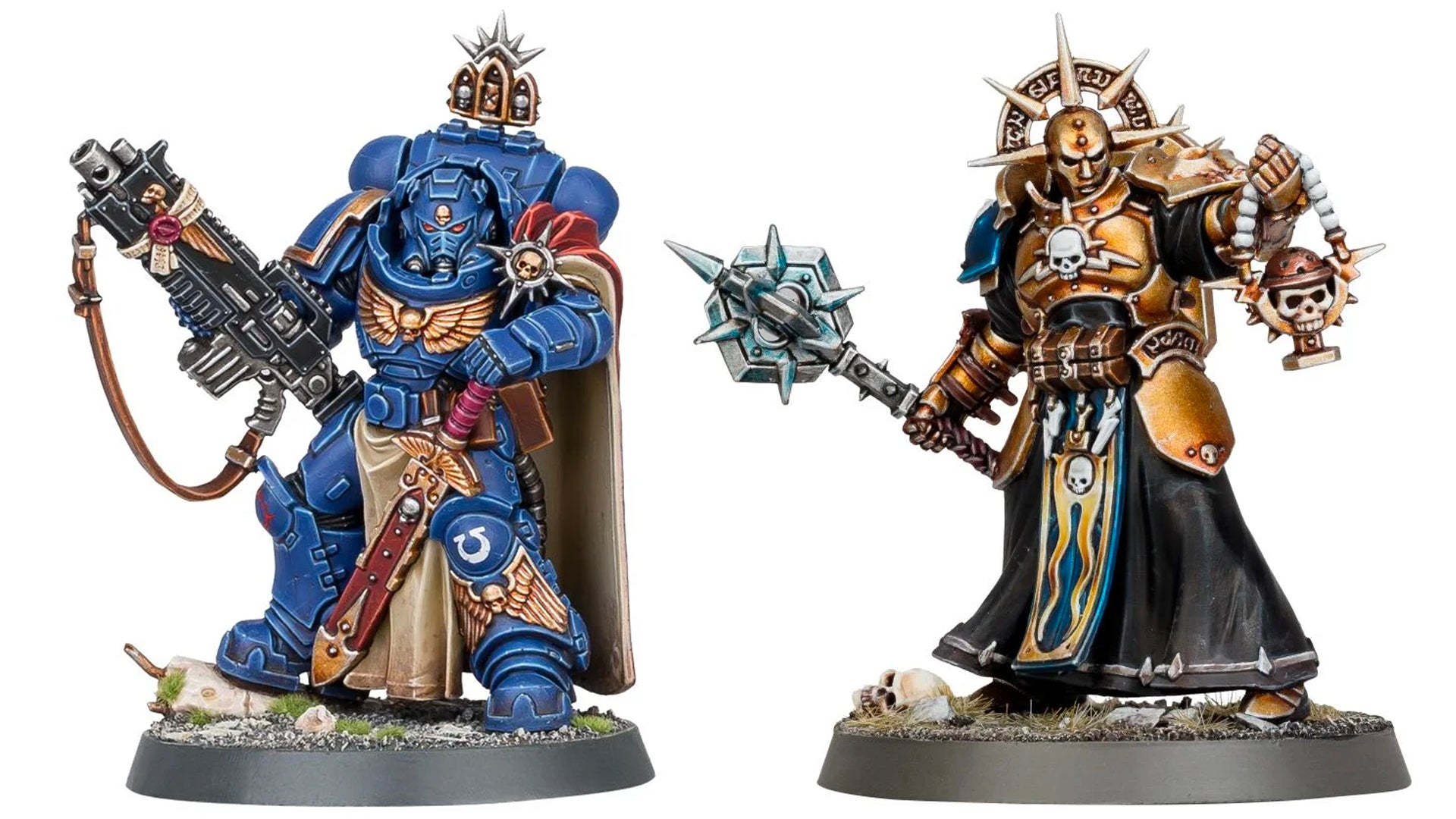